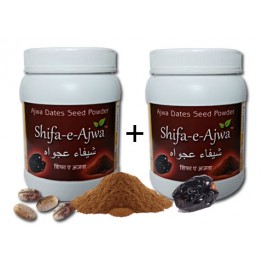 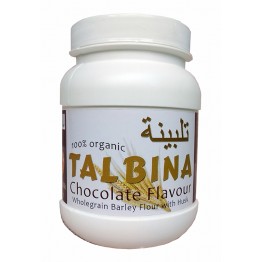 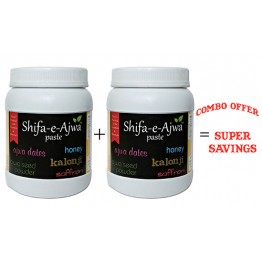 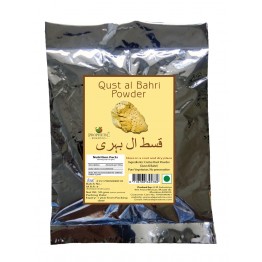 There are essentially two types of Qust, Indian (Qust al Hindi) and Marine/Sea (Qust al Bahri).  Both come in the form of a dried root and Qust has a praised high status in the aHadith which is on par with Hijama cupping.

Imam Ibn Qayyim Al Jawziyyah (rahimullah) said that both types of Qust provide considerable medicinal benefits. Qust is one of the remedies to always have at home which I must recommend to all my brothers and sisters who are serious about using Tibb an Nabawi to treat themselves and their loved ones.

Qust is hot and dry in the third degree and helps to dry out excess phlegm, help to remedy colds and influenza and nasal congestion. Imam Ibn Al Qayyim said that drinking an infusion of Qust helps strengthen the liver and helps to remedy weakness of digestion, slackness of the stomach, and if used as an ointment, it helps backache or rheumatic pain in the lumbar region.

Sea/Marine Qust is a little paler in colour and also milder in taste and more suitable for administering to children.

Qust is usually used on its own or partnered with water, honey or olive oil.

Imam Ibn Al Qayyim said that Qust is also very beneficial for illnesses relating to breathing and the chest - pleurisy (a type of painful infection of the lining of the lungs), asthma, heaviness in the chest (breathing difficulties) and it helps to reduce thirst. It also helps remove freckles, fade scars and helps to control skin discolouration on the face and the chest which results from pregnancy or malnutrition.

Galen noted that Qust can also help kill ringworm (intestinal parasites) and if applied as an ointment can remove dry scales which are shed by the skin, including dandruff.

In the Sunah, the Messenger of Allah (sallAllahu alayhi wassallam) praises the excellence of Qust as a general remedy and he is also reported mentioning it as a remedy for inflammation/infection of the throat as well as in another Hadith mentioning it with Hijama. Qust contains helicene and benzoic acid, both of which are substances that kill germs, hence the benefit in the treatment of infections and inflammations.

Reference to Hadith regarding the general excellence of Qust, and partnering it with Hijama in the same sentence.

Anas (radhi Allahu anhu) narrated that he was asked about the wages of the one who cups others. He said, "Allah's Messenger (sallAllahu alayhi wassallam) was cupped by `Abd Taiba, to whom he gave two Sa of food and interceded for him with his masters who consequently reduced what they used to charge him daily. Then the Prophet (sallAllahu alayhi wassallam) said, "The best medicines you may treat yourselves with are cupping and sea incense.' He added, "You should not torture your children by treating tonsillitis by pressing the tonsils or the palate with the finger, but use incense."

It was narrated by Abu Huraira (radhi Allahu anhu) that Allah's Messenger (sallAllahu alayhi wassallam) said, "The first group of people who will enter Paradise, will be glittering like the full moon and those who will follow them, will glitter like the most brilliant star in the sky. They will not urinate, relieve nature, spit, or have any nasal secretions. Their combs will be of gold, and their sweat will smell like musk. The aloes-wood will be used in their centers [as a fuel]. Their wives will be Houris. All of them will look alike and will resemble their father Adam (in statute), sixty cubits tall."

In respect of treating children for inflammation of the Uvula and its use in the treatment Pleurisy (a type of chest infection).

Umm Qasis (radhi Allahu anha) , the daughter of Mihsan said; "I brought my son to the Messenger of Allah (sallAllahu alayhi wassallam) while I had compressed his uvula for its swelling. He (sallAllahu alayhi wassallam) said, "Why do you afflict your children [hurt them] by squeezing for a swelling in the Uvula? Apply this Indian aloes wood, for it contains seven types of remedies, among them being a remedy for pleurisy. It is applied through the nose for a swelling of the uvula poured into the side of the mouth for pleurisy."

Abu Dawood (may Allah be pleased with him) added "By Aloeswood he meant Costus."

Ibn Hajar Al Asqalani said concerning pleurisy that "it is a hot swelling that appears in the membrane covering the ribs."

Externally it is applied in rheumatism and wounds.

Qust al Hindi powder should be inhaled through the nose as per the previously quoted Hadith.

According to Ibn Al Qayyim's work 'At Tibb an Nabawwi', the ointment is made by mixing Qust al Hindi powder in equal parts with good quality raw honey and add a very small amount of clean water. The paste should not be runny so that it runs off the skin but should stick to the area where it is applied. I would personally advise to apply to the area once per day for 30 minutes, then wash it off. This ointment is also recommended to be applied to help aid the healing of incisions of Hijama to help minimize scarring in those patients who have thin skin, are diabetic or elderly or are generally prone to scarring or where they have had cupping applied to the face. It can also be used as a compress to dress the hijama incisions of patients who are hemophilic or taking blood thinning medications. Smear the mixture onto a sterile lint gauze or cotton fabric and apply to the skin, holding the gauze in place with medical adhesive tape. Once you are sure the wound has stopped bleeding, remove the dressing so as to encourage airflow and the formation of the hemostatic plug.

As an external application for rheumatic pain and as a hair oil.

Qust should be mixed in Olive oil as it was none other than Prophet Mohammed (may Allah be pleased with him) himself who instructed His Ummah to use olive oil for eating and for massage. Qust infused olive oil should be massaged on the points of pain/joints in the evening before bed. To make the massage oil, take 50g each of dried whole henna leaves and Qust whole root pieces (or its powder) and fry them on a very very low heat in around 250ml of good quality olive oil for 1 hour with continuous stirring. Make sure the heat is kept very low or the ingredients will burn. The oil will turn dark but it should not smell burnt. Once the oil has cooled down, filter it through muslin cloth, add 10 drops of the essential oil of Spikenard (Jatamansi) and then transfer it to a container bottle. Insha'Allah, it will over time should help to strengthen the bones and joints as well as have a rapid effect on the pain.

For runny nose, colds and flu.

Qust should be ground to a powder and gently snuffed in the nose. The patient should be lying down with their head and shoulders slightly elevated and their head tilted back.

For chest infections, pleurisy and asthma.

The Messenger of Allah (may Allah be pleased with him) said it should be administered from the side of the mouth, and the right side is better than the left, because it is bitter-tasting, there is less risk in coughing or nausea when it is administered from the side of the mouth but this is a general observation rather than recorded in the teachings of the pious predecessors and Allah knows best.

Qust al Hindi can be mixed with an equal quantity of honey and then smeared on the inside of the cheek. This should be administered three times daily, after meals.

Mix 50g Qust al Bahri powder with 50g dry roasted ground black seeds (nigella sativa) in a jar of raw honey, take 1/2 teaspoon of this mixture twice each day dissolved in a hot cup of green tea. The seeds will settle at the bottom of the cup so make sure you stir and agitate it so that you drink the crushed seeds too. In two weeks Insha' Allah you will notice a considerable difference and have much more energy.

Black seeds can easily be dry roasted in a frying pan at home and ground in your spice grinder. Raw honey, depending where it is sourced from, is sometimes set hard in texture, you can gently warm it in the microwave to make stirring in the Qust powder and black seeds easier. Keep the mixture stored in a cool dark place.

Pregnant ladies must always check with their doctor before taking any herbs, supplements or medicines.

The Messenge salallahu alaihi wa salam said, "Use this 'Oud al-Hindi (Indian Wood Costus) because it contains 7 types of cures, it is sniffed by the one having throat trouble, and is put inside the mouth of one suffering from pleurisy". [Saheeh al-Bukhari (5692)].

Ibnul Qayim (may Allah have mercy upon him) said, "There are 2 kinds of Qust (Costus), the white kind which is called Qust al-Bahri (Sea Incense Costus). The 'Oud al-Hindi or Qust al-Hindi (Indian Wood Costus) is the hottest of them and the Qust al-Bahri (Sea Incense Costus) is the mildest. Both types have many benefits... they dry out the phlegm and cold. When they are taken as a drink, they help a weak liver, stomach and colds associated with such cases.

We do not deny that habits have a role in making the cure work or fail. Those who are used to certain foods and medicine would benefit from them more than those who are not used to them and who sometimes would not benefit at all from them..."
[p.307 Translated Medicine of the Prophet by Ibnul Qaiyum (may Allah have mercy upon him) with slight corrections].

Modern researches suggest that Qust (Costus) is a blood purifier, antiseptic and increases the cutaneous circulation. Hence, it might be used to treat dandruff, freckles, and ringworm.

Internally it is a good anti-spasmodic and neurotonic, hence, might be used to treat coughs, bronchitis, bronchial asthma, paralysis, facial palsy and neurasthenia.

2. Acne, pimples, spots, scars, burns, nappy rash, mosquito bites, eczema, thrush, piles and as a face mask. 1tsp costus, 1tsp honey, mix together and apply to the skin surface. Leave for 2 hours and then rinse off.

3. Nose bleeds, disinfects cuts, 1tsp costus, 1 glass of water, boil together for 2 minutes and allow to cool. Shake and apply 3 drops in each nostril.

4. Strengthen Immune system: 1tsp costus, apply directly to the skin. It is used to treat; athletes foot. Also used as a natural deodorant. Take orally with food or drink, once a week.

13. Fever, debility due to fever Take costus powder in dosage of 1/2 grams with honey for few days.

QUST has a lot of applications, if applied externally, it is a beauty remedy for arthritic pains. Imam Zahbi says that it is useful in paralysis and increases the libido, an antidote for snake poison and its oil is effective in back pain.