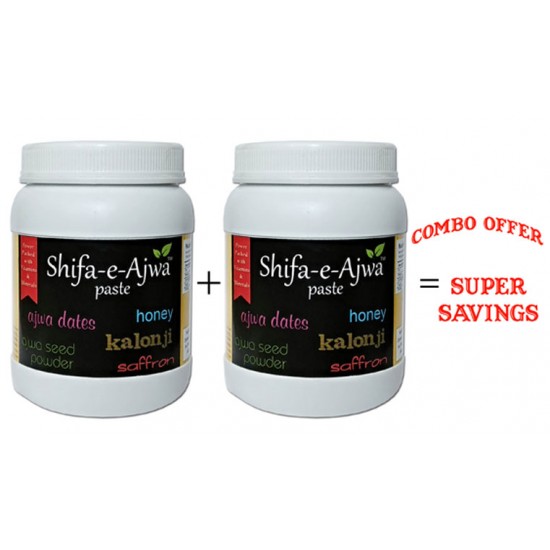 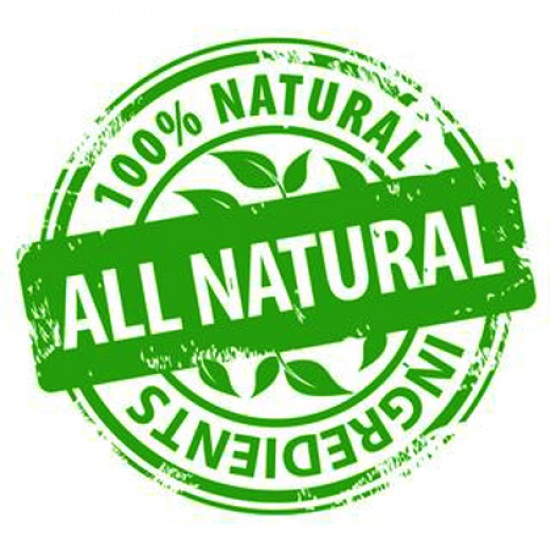 Our paste, which is totally herbal and natural with no side effects. It is made with a unique combination of Ajwa dates, Ajwa seed powder, Kalonji (Black seeds), Honey, and Saffron.

Ajwa Dates can be simply termed as a power pack of nutrients, despite their small size. One of the most interesting dates nutrition facts is that they are immensely rich in fiber and some of the crucial minerals like potassium, calcium and magnesium, carbohydrates, dietary fiber, proteins. In addition to these, dates are an excellent source of carotenoids, which are the precursor of vitamin A, vitamin C, vitamin K, vitamin E, folate, thiamine, riboflavin, niacin, and vitamin B6. As far as the mineral content of dates are concerned dates have calcium, potassium, magnesium, phosphorus, sodium, iron, zinc, copper, manganese, and selenium. Kalonji Seed or Black Seed contains more than a hundred valuable nutrients. It contains about 21% Protein, 38% carbohydrates, and 35% plant fats and oils. The contents are similar to evening primrose oil, but because of its complex composition, it is much stronger.The active ingredients of black seed are Thymoquinone, Nigellone and Fixed oils. It also contains in significant proportions proteins, carbohydrates, and essential fatty acids. Other ingredients include Linoleic acid, Oleic acid, Calcium, Potassium, Iron, Zinc, Magnesium, Selenium, Vitamin A, Vitamin B, Vitamin B2, Niacin and Vitamin C. Narrated Abu Huraira:I heard Allah's Messenger (s.aw.) saying, "There is healing in black cumin for all diseases except death."Ref: Bukhari: Book 7: Volume 71: Hadith 592 Honey is a source of carbohydrates, containing:* 80% natural sugar -- mostly fructose and glucose. Due to the high level of fructose, honey is sweeter than table sugar.* 18% water. The less water content the honey has, the better the quality of honey.* 2% minerals, vitamins, pollen and protein.The vitamins present in honey are B6, thiamine, niacin, riboflavin, pantothenic acid and certain amino acids. The minerals found in honey include calcium, copper, iron, magnesium, manganese, phosphorus, potassium, sodium and zinc. Saffron is a spice derived from the flower of Crocus sativus, commonly known as the “Saffron Crocus”. Saffron crocus grows approximately 20-30 cm and bears up to four flowers, each with three vivid crimson stigmas, which are the distal end of a carpel. Saffron is mostly known for its inclusion in food items, but it has very significant nutrients and chemical compounds which are beneficial in providing medicinal benefits. Saffron is the dried stigma (tiny thread strands) also called the fall-flowering or saffron crocus, a member of the iris family. It is the world's most expensive spice by weight, but very little is needed to flavor and color the food.  “There is no disease that Allah has created, except that He also has created its treatment.” “Make use of medical treatment, for Allah has not made a disease without appointing a remedy for it, with the exception of one disease, the name was old age.” “Allah has sent down both the disease and the cure, and He has appointed a cure for every disease, so treat yourself medically.” “The one who sent down the disease sent down the remedy.” It was narrated from Abu Hurairah that the Messenger of Allah (ﷺ) said:“Allah does not send down any disease, but He also sends down the cure.”(Ibn Majah: English ref: Vol 4, Book 31, Hadith 3439, Arabic ref: Book 31, Hadith 3565) It was narrated that ‘Uthman bin ‘Abdul-Malik said:“I heard Salim bin ‘Abdullah narrating from his father that the Messenger of Allah (ﷺ) said: ‘You should eat this black seed, for in it there is healing from every disease, except the Sam (death).’”(Ibn Majah: English ref: Vol 4, Book 32, Hadith 3448, Arabic ref: Book 31, Hadith 3574)It was narrated that Khalid bin Sa’d said:“We went out and with us was Ghalib bin Abjar. He fell sick along the way, and when we came to Al-Madinah he was sick. Ibn Abu ‘Atiq came to visit him and said to us: ‘You should use this black seed. Take five or seven (seeds) and grind them into a powder, then drop them into his nose with drops of olive oil, on this side and on this side. For ‘Aishah narrated to them that she heard the Messenger of Allah (ﷺ) say: “This black seed is a healing for every disease, except the Sam.” I said: “What is the Sam?” He said: “Death.”(Ibn Majah: English Ref: Vol 4, Book 31, Hadith 3449, Arabic Ref: Book 31, Hadith 3575)Kalonji has all the cure to every disease then it's surely a cure for Cancer, Aids and many more dangerous diseases.

Check delivery at your pincode